“We’ll cross that bridge when we come to it.” (How many times have you said this?) In Preble County, Ohio there are lots of beautiful and historic bridges to cross! Having not much to do one weekend, I thought I would find and explore them. Here are the “Bridges of Preble County”:

A national landmark, Roberts Bridge is the oldest standing covered bridge in Ohio. The second oldest in the country was constructed 30 years before the Civil War in 1829. It supports a double road. (There are only six double-barrel bridges in the U.S.) In 1990 it was restored and moved 2.5 miles to a city park in Eaton, Ohio. Still crossing Seven Mile Creek, it is only open to foot traffic. I marveled at the “Burr Arch and Truss” style. This was my first bridge visit of the day. I enjoyed it so much that I returned at the end of the day to sit inside to enjoy a quick bite to eat before heading home.

Only a 150 feet away is The St. Clair Street Bridge that was built by the Columbia Bridge Works Company in Dayton, Ohio in 1887. Its decorative features have lasted through many winters and the bridge still is still serving its community.

The Christman Bridge was constructed in 1895 by Everett S. Sherman (who built many local Preble County bridges). This bridge is on the National Register of Historic Places. Fun fact: when it was constructed, the cost was $4,250!

Dixons Branch Bridge was named after Eli Dixon (the first settler in Dixon Township). This bridge was dismantled, moved and restored due to a horrific 1963 windstorm. It is now located in the Lewisburg community park and has been repurposed as a picnic shelter!

Geeting Bridge was built by Everett Sherman in 1894 and is named after David Geeting, the landowner. It spans 100 feet over Price’s Creek. This bridge is a part of the National Register of Historical Places. We met a drone pilot here as well as some other bridge trail goers who we met several more times crisscrossing the countryside searching for the next covered bridge.

The Hueston Woods Covered Bridge is the newest covered bridge for the area (2012) built over Four Mile Creek. This bridge is 108-feet long and is quite scenic. A great spot for skipping stones : ) There is a picnic and camping area nearby.

The Harshman Covered Bridge is an Everett Sherman-constructed bridge. Located over Four Mile Creek, this bridge is located in Dixon Township and is on the National Register of Historic Places. It was built in 1894 and is named after J.P. Harshman, a nearby landowner. Throughout the day I enjoyed the twists and turns of each country road. Even an occasional wrong turn provided peaceful views of the countryside. Everybody waves around here.

Brubacker Covered Bridge was constructed in 1887 by Everett Sherman and is on the National Register of Historic Places. This bridge spans Sam’s Run Creek. A unique feature is that its upper sides were removed to allow light in as well as give a clear view of the bend in the road. Some claim this bridge is haunted.

Need to cross over Swamp Creek? You’ll be using the Warnke Covered Bridge! Constructed in 1895, this site was heavily damaged with a flood in that same year. Everett Sherman repaired it and the result was a brand new bridge. It is the last covered bridge with road traffic built for Preble County – and was the last bridge that Sherman created. It is named for the Warnke family who lived nearby and is on the National Register of Historic Places.


I discovered that covered bridges were primarily created in 1820s to late 1900s to protect a bridge’s wood trusses and deck from weather and rot. Our historic bridges are now becoming more and more rare. They are very scenic places to visit and I encourage you to make a day of exploring them! By the way, all of my bridge pics were shot with my iPhone.

And, I do have one last photo to share. Although it’s not of a bridge, it is of a great sign I saw that day with my son’s name:

Regional Guide For Online Things To Do

Top Spots for Girls’ Night Out in Greater Cincinnati

Where to View 2021 Fourth of July Fireworks in Cincinnati and Dayton, Ohio, Northern Kentucky, and Southeastern Indiana 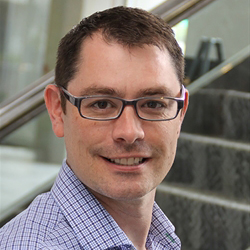 Nate Workman is a graphic designer in the Sibcy Cline Marketing Department. With a degree from Bowling Green University in graphic design, his first work was with several design firms that focused on retail design and packaging. It is this background that instilled his love of old signs, buildings and bridges. He has a deep appreciation for their story as well as design aesthetic. A native of Newark, Ohio, Nate has called Cincinnati home for the past 15 years. His love for animals and his family pet spurred on an idea for “Cattino” in 2011. This is a creative version of a cat scratch system that is found on Etsy and has resulted in sales worldwide. Nate enjoys spending time with his son, Wyatt ­playing sports, fishing, biking or just hanging out playing video games or watching movies.