Sometimes great tragedy can bring about great good. Many people, like me, have experienced the tragedy of losing a loved one to suicide or overdose. But I believe that can be changed.

My hope in launching a new non-profit to the Cincinnati area, Project Fireflies, is to reduce suicide and overdose. This nonprofit outreach program was created to provide support to teens, young adults, and their families who are suffering from trauma.

The View After the Climb

Project Fireflies has been a dream of mine that started seven years ago when I lost my daughter to a drug overdose. Tragedies like this are not easy to endure, but it has made me aware of a need to raise awareness of the mental health impact that trauma can have in the lives of young people. It has inspired me to help others.

A Mission with a Vision

Ashlee had attended two rehabs during the years before her death.  She was very proud of the fact that she had been clean for two years.  The summer before she died, Ashlee had been living in New York for an internship in fashion design.  Her dream was to have a career in the field of fashion.  Unfortunately, while in New York she experienced a traumatic event which led her to use again.  She died that same night.  It was a horrible mistake that caused her to lose her life.

Project Fireflies’ goal is to reach out to at-risk teens and young adults before they start down a path that can eventually lead to tragedy. Our mission is to empower young people affected by trauma to move forward with strength and courage.

A Growing Need for Help

Suicide and overdose are problems that are becoming increasingly widespread. Here are some of the staggering statistics on drug use and suicide among young people:

These numbers are disturbing, and what is more alarming is that COVID-19 has caused the rate of suicide and overdose to rise. That’s why we’ve been even more passionate about moving forward with Project Fireflies and encouraging others to join us in making a difference.

Project Fireflies is everyday people finding everyday ways to help those in need of encouragement during difficult times. We believe that a supportive family and community can make a huge impact.

Some of the ways we help at-risk young people:

How You Can Help

The first fundraiser for Project Fireflies will be a Halloween Bash at COhatch in Mason on October 24 from 7-10 pm. There will be live music, food, drinks, and a silent auction—all in a socially distanced indoor/outdoor space. Admission is free and you can register at our Eventbrite site, but space is limited to allow for distancing. Please don’t hesitate to contact us for more information!

Catch a Movie – at a Drive-In Theater! 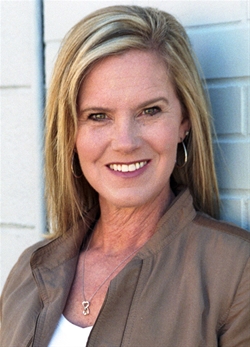 Lori Borchers grew up on the east side of Cincinnati and now resides with her husband and five boys in Loveland where she works as a real estate agent with Sibcy Cline.  She and her husband enjoy the active lifestyle that Loveland offers as well as the quaint shops & restaurants. In addition to her work with Project Fireflies, Lori enjoys working on remodeling projects around her home and cooking.