In Love with Minimalism is Part 2 of 2 in a series. Read Part 1, In Love with Nature, here.

Check out this short video on Minimalism from the documentary currently streaming on Netflix called, The Minimalists: Less Is Now:

These two gentlemen went to Lebanon High School in the late 90s and their stories have been inspiring others. But, what is even more remarkable, is that it is not just Ryan and Joshua. It’s also Joshua Becker, Marie Kondo, your neighbors, and perhaps even you…what is going on here?

“Love people, use things. The opposite never works.” ~ The Minimalists

The “Less is More” Challenge

Have you heard about the new 30-Day Minimalism Game #MinsGame? It is a unique contest for people who are ready to get rid of things. The game starts at the beginning of a month, and on day #1 you remove one object from your home. On day #2, you remove two objects. On day #3, you remove three items, and so on… By the end of month, you will have removed approximately 500 objects from your home. The rules state, “You can donate, sell, or trash your excess, every material possession must be out of your house—and out of your life—by midnight each day.”

The pandemic has forced us all to take a step back and evaluate our spaces and the real estate industry has been significantly impacted as everyone has been forced to reevaluate their priorities, particularly in regards to living space. Some are deciding that they want to live on more land, while others are opting for more indoor space. But whether we are upsizing, downsizing, or right sizing, a strong case can be made for the claim that the Covid-imposed slowdown has contributed to the minimalism movement to live more fully and deliberately.

An Old Movement is New Again

One of the most famous examples of this in history, or at least literature, was in 1845, when Henry David Thoreau decided to live alone in the woods near Walden Pond in Massachusetts. The written result of this experience became Walden, which brings to life Thoreau’s two-year, two-month, and two-day experience. Thoreau’s life was modeled on the idea that we do not need material possessions to be happy. He explains, “I went to the woods because I wished to live deliberately, to front only the essential facts of life, and see if I could not learn what it had to teach, and not, when I came to die, discover that I had not lived…My greatest skill has been to want but little…”.  Sound familiar?

The Romanticism and Transcendentalism movements of the 19th century were reactions against the Age of Enlightenment’s emphasis on science and reason as ways of discovering truth. When I taught the writers of these movements, I would try to pique the interest of my students by assigning the task of decluttering and simplifying one of their spaces, harkening Thoreau’s Walden:

Our life is frittered away by detail. An honest man has hardly need to count more than his ten fingers, or in extreme cases he may add his ten toes, and lump the rest. Simplicity, simplicity, simplicity! I say, let your affairs be as two or three, and not a hundred or a thousand; instead of a million count half a dozen, and keep your accounts on your thumb nail. In the midst of this chopping sea of civilized life, such are the clouds and storms and quicksands and thousand-and-one items to be allowed for, that a man has to live, if he would not founder and go to the bottom and not make his port at all, by dead reckoning, and he must be a great calculator indeed who succeeds. Simplify, simplify.

Some of my students detested the task; they thrived in the chaos. I hypothesized that they were either geniuses or hoarders-in-the-making. They bought into the idea that a messy area was a sign of a creative mind. Others were ignited by this small task, and it caused a domino effect. They said they felt lighter and could breathe easier and think more clearly afterwards. And there is scientific research to back that.

Clearing Out All the “Stuff”

I recently read that a typical American household has over 300,000 items. While that seems like an unrealistic number, I believe it to be true; and even if you don’t believe it yourself, try counting every single item in your household and see where the number is when you get tired of counting. Ask yourself what is truly necessary. If you’re old enough to remember George Carlin’s standup routine on “Stuff,” you get it. If you have not seen it, here it is. It will make you go, “Hmmmm…”.

The idea behind minimalism is honest beauty. British Romantic poet John Keats in his poem, “Ode on a Grecian Urn” had it right: “Beauty is truth, truth beauty,—that is all ye know on earth, and all ye need to know.” Removing the things that are holding us back from fully living will reveal the beauty around us.

Personally, I have never been one who likes to collect things. Clutter stresses me out. When I was teaching and doing real estate (together) for the last ten years of my teaching career, my home office was always a disaster because I was simply too busy to declutter, and I absolutely dreaded going in there. My floor was a mine field of essays, one stack for each class, sometimes as many as 200 papers. I would come home after school, tiptoe around the stacks, and start working on real estate. After dinner I would start working on school again, most of the time taking stacks of essays to the living room so that I wasn’t surrounded by the clutter. The stacks of papers would stare at me each evening, and as fast as I could grade them and get them out of the room another stack would take its place, mocking me. This ten-year existence was Sisyphean.

The Shift to Minimalism

I have been trying to focus on minimalism for the past few years. It started with our unfinished basement. For years I couldn’t walk down there without getting angry. We had “stuff” everywhere! Seasonal decorations, tools, items we were saving for our sons to use when they moved out into their own places. And you know what? They didn’t want any of it. Our basement was just an enormous junk drawer until we finally decided to finish the basement so that we could add to the beauty of our home instead of subtracting from it. We were forced to get rid of most of the items we were saving, and we have never missed any of it.

Next came our kitchen, which we recently finished renovating this past December. Kitchen tools, pots, pans, serving trays, etc. that we hadn’t used in years were donated or thrown out. Each useless piece removed was a spark of joy. The new kitchen is such a pleasure to be in with plenty of counter space and everything in its place. Again, we haven’t missed any of the old stuff.

Finally, this January, after being out of teaching for four years, I decided to tackle my office. The stacks of papers were gone, and almost everything school-related was gone, but when I looked at what was still in there I realized that I was holding onto way too much. I donated hundreds of books that I no longer wanted or needed. I found four staplers and three tape dispensers that I had placed in baskets, perhaps in the rare event that one, or three, of them ever broke down. As a teacher I did do a lot of stapling, but four years later there they were, unused, taking up space. To boot, I had accumulated more than a hundred pens, pencils, and highlighters. I donated virtually everything to anyone who would take it. The freedom and clarity I felt was a great start to 2021. I can finally work in my office and feel relaxed.

What’s next? I’m not sure; however, I’m seriously considering the #minsgame starting March 1st. Will you join me? What are you living with that is holding you back? Try to adopt minimalism in this new year and breathe in the beauty of what is truly important. 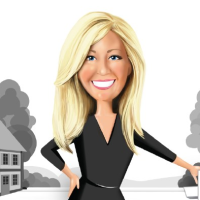 Jill R. Fritz is a Sales Vice President with Sibcy Cline Realtors working at the West Chester office location. She is a former high school literature teacher and college adjunct professor of English. A lifetime resident of Butler and Warren counties, she has resided in the city of Mason, Ohio for 22 years. Jill stays in touch with many of her former students and now helps them buy and sell homes. She is a supporter of the Cincinnati Arts, especially the Cincinnati Shakespeare Company with its Project38 education initiative. She also enjoys volunteering for the Anthony Munoz Foundation.