For those of us who did not grow up in the Cincinnati area, we are not familiar with the 3-way, 4-way or 5-way.  First of all, most of us do not eat chili with pasta, but Cincinnatian’s do.

A 3-way is pasta with chili and cheese; a 4-way is pasta with onions or kidney beans, chili and cheese; and a 5- way is pasta, onion, kidney beans, chili and cheese. Cincinnati chili also has a little different flavor (almost sweeter with a hint of cinnamon). This is a great food and especially a good after-bar food.  I was introduced to it the first time I met Tom’s parents and became a big fan.  One day I was paging through a magazine and found a recipe that was called Cincinnati “Three- Way” Chili. It did not have cinnamon in it, but I made it anyway and added a little cinnamon. It was a hit.  I made it a few times varying the amount of cinnamon until we liked it.

Brown the ground beef.  Remove from the pan and put in a
crock pot.

Sauté the onions for a few minutes.  Add onions to the beef.
Mix all ingredients except spaghetti and cheddar cheese.
Simmer for 3 hours.

You can serve with beans and chopped onion if desired.

Get Your Caffeine Fix at Adesso Coffee in Mason, Ohio 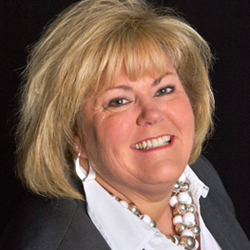 Jean is an Executive Sales VP at Sibcy Cline Realtors successfully serving her clients over 19+ years. She knows her way around kitchens, too. In addition to showing them to home buyers, Jean loves to cook and created Raga Recipes for Real Estate to weave her two passions together. She and her husband, Tom, reside in Northeastern Cincinnati and are active community volunteers.