Most people familiar with racquet sports in Cincinnati know all about the game of paddle, also known as platform tennis.  Upon moving to the Cincinnati area about 15 years ago, I quickly came to realize what a large tennis community was here.

I threw myself back in to the game of tennis as a new mom, not having played since high school. It was a great way for me to meet people and get involved in the community, while my two young sons were still at home, not school aged yet. After a couple years of playing year-round indoor and outdoor tennis, I was convinced by some friends to give this new sport of platform tennis a try.

While it was new to me, after doing a little research, I learned it’s actually been around for over 100 years. Who knew? I’d never even seen a court before, growing up in a small town in West Virginia. Cincinnati is also one of the great “paddle hubs” in the country. We are lucky to host one of the biggest American Paddle Tennis Association tournaments, “the Midwesterns” every January at various clubs around the city.

The game is similar to tennis, so at least I had the advantage of having a tennis background and basic racquet skills. However, the other element that paddle has that’s missing from tennis is SCREENS. A paddle court is a smaller version of a tennis court completely enclosed by screens. Players have to learn how to play balls off of the screens after they bounce in the court.

As a novice, watching seasoned paddle players, this is made to look very simple. However, looks can be deceiving. My first day on a paddle court was humbling. Balls were bouncing off the screens in every direction and I felt like a fool not knowing which trajectory the ball would take hitting the back to side screens and vice versa.

It takes a few lessons, and weeks or months to really get the hang of paddle, but once you do you can’t help but love it. Being that it is a sport played traditionally in the winter, it provides a great opportunity to get outside and stay active and social during the cold months. The courts are actually heated from beneath, but this is a feature designed to keep the courts dry during snow or rain rather than to actually keep you warm. I recommend bundling up if the temp is below freezing but you will warm up quickly once you get moving around!

I’ve found myself playing a lot more paddle this winter because it is something I feel safe doing during the pandemic. Being outside and socially distanced makes it a perfect option for staying fit, being social, and having a lot of fun at the same time.

If you’re curious about platform tennis take a look at www.platformtennis.org.  While it’s a ton of fun, I have to warn you it can become addicting! 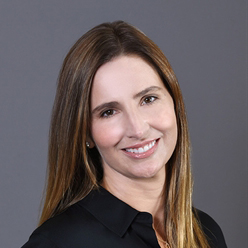 Allison Thornton is from West Virginia. She attended West Virginia University and later graduated from Xavier University when life brought her family to Cincinnati. She is a 17-year resident of Indian Hill and more recently Mariemont. As a mother of three boys, she has been immersed in the local community with various school activities and charitable organizations including the Autism Society of Cincinnati, Most Valuable Kids and Kindervelt 50. Part of a sports-loving family, Allison enjoys playing club tennis and paddle tennis. Her keen interest in homes and design led to her real estate career with Sibcy Cline. She is thrilled when viewing homes with clients and helping them finding their dream home.