How are the Civil War and HOMEARAMA® site at ChimneyRidge connected? Read below and find out!

Thomas Tinsley Heath was an Ohio native and Civil War veteran. Born in Xenia, he studied law at the Cincinnati Law School. When the war broke out, Heath was a 27-year-old abolitionist lawyer. He had no military training, but felt the call of duty to protect people. Initially, his role in the war was as a recruiter. In this role, he enlisted and trained soldiers at Camp Denison (close to Loveland). He successfully enlisted 10 of the 12 companies of the 5th Ohio Volunteer Cavalry. The network of camps throughout Hamilton County played a key role in creating a large Union army necessary to win the Civil War.

Over the next four years, Heath established himself as a great soldier and leader. Eventually he reached the rank of Brigadier General. Heath experienced several battles, including the Battle of Corinth, Battle of Chattanooga and Bentonville. He witnessed the surrender of Savannah, Georgia and participated in the final surrender ceremony of the Confederate forces with General Sherman in North Carolina.

After the war, Heath built a homestead in Loveland and resumed his law practice. After the death of his first wife, he married Mary Louise Slack and had 4 sons and 2 daughters. Very active in the Methodist Episcopal Church of Loveland, he was also an inventor and created a method of printing newspapers called “stereotyping”. He lived in Loveland until his death in 1925 at age 90.

Fast forward almost 100 years later, and part of Heath’s land (called Miamanon) is now the site of ChimneyRidge for HOMEARAMA® 2022. The site is located less than a mile from downtown Loveland. As a nod to Heath’s heritage, the development will have a natural-stone entry wall and a street named Heath Court. HOMEARAMA® dates are set for August 6–21, 2022.

Hearing the rich history of this land is just one of the things that I love about being involved in HOMEARAMA® as a REALTOR® with Sibcy Cline representing WP Land Company. As a preferred builder, WP Land already holds over one third of the community’s 30 lots, with access to more. They will be breaking ground in fall 2021 on the first home in ChimneyRidge. The home is designed for easy living with dual first floor offices, an expansive kitchen, a large outdoor stone fireplace and a 35’ covered rear porch, with expected availability Spring 2022.

Do you enjoy learning about local historic sites? You might enjoy reading about the bridges in Preble County.

Trendy Restaurants and Bars in Cincinnati 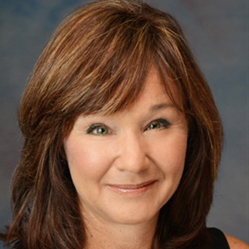 A lifelong Cincinnati resident, Nadine Catalano currently resides in Loveland. She earned a BS in Administration/Marketing from The Ohio State University – Go Bucks! Through the years Nadine has enjoyed supporting and volunteering with various school, sports and social organizations. She has been a Sibcy Cline real estate agent since 2013. Her successful career has resulted in many sales honors through the years.