Roller skating: the words are perfectly matched. They summon memories like a roller rink, a disco ball, music you could bop to, and colored lights. The speed, the fear of falling, the actual falling and the rush of not…falling. Remember the rental skates, the second cousin of the bowling shoes? And the Fun Dip packets that you licked a candy stick and then dunked it in the sugar pouch? Bless the adults who would wrangle a bunch of kids on wheels and sugar.

When I was younger, I was in a CCM production called The Rink at the University of Cincinnati. I skated around the stage in a dimly lit dream sequence, trying not to skate off the stage to my death into the orchestra pit 10-feet below. My mom said she would hold her breath and grip the theatre chairs every night. Lucky for her, I did not pursue my dream of becoming a Cincinnati Roller Girl!

Yes, you read that right: I envisioned myself as one of the Cincinnati Roller Girls, battling it out at The Gardens. I went to a few of their bouts (that’s roller-derby speak for a match), going wild with the crowd when each team member was announced and performed their signature move. I yearned to join (my alter ego would have been Big Rig Rita), but chickened out when I saw the injuries they endured. Roller derby is not for the meek, nor the accident-prone.

While accident-prone is probably an understatement to describe me, my roller skating obsession is still alive. I recently resurrected my dream and asked for roller-skating gear for Christmas: rose gold everything, because a midlife roller skating crisis should be glamorous and celebrated.

When several months went by and the gear was still burning a hole in my closet, I joined the Cincinnati Skate Collective on Instagram and Facebook for some inspiration. They are 900+ members strong and promote building community between quad + inline skaters from around Cincinnati of all abilities, ages, races, bodies and genders. Social media gave me the opportunity to live a vicarious roller-derby life and through Instagram I started following Jas Hubbard (@jas_hub135), a former team member of the Cincinnati Roller Girls and skating pro. I asked her to tell me her story and tips for beginners.

Unlike a lot of skaters I know, I never skated as a kid and I didn’t grow up in rinks. I got interested in skating when I first saw a roller derby bout at the age of 22. An action-packed, hard-hitting, full-contact sport played on roller skates.

You did derby for a number of years, tell me more about how that began?

I got interested in roller derby when I was introduced to the sport in 2012 while living in Bloomington, Indiana. I went to a lot of bouts and volunteered with the league for a year before I decided to give it a try. I signed up for a 6-week bootcamp program on my 23rd birthday. I played my rookie season in Bloomington with Bleeding Heartland Roller Derby. I transferred to Cincinnati in my second season of roller derby and played with Cincinnati Roller Girls for 6 seasons.

What position did you play? Did you have a signature move?

I was a jammer for 6 seasons! In my 7th season I was transitioning to blocking, sadly I only played one or two bouts before Covid cancelled our season. As far as having a signature move, I’d say it was running through an opposing blocker that would be facing me or tiptoeing the line to get around blockers.

This one is hard. I have so many! One of my favorites is at halftime during a game when my son, age 7 at the time, came over to me and told me I was doing awesome and he was cheering for me. Also all of the littlest fans who would come over and ask for autographs at the end of a game were the cutest. I’ve made so many fantastic memories over the years traveling all over the US with my teammates and coaches playing in front of thousands of people.

I saw a person break their tibia and fibula during a game once, it was brutal. As far as injuries I’ve sustained: no major broken bones, but I did fracture three ribs once. I went to the doctor for X-rays the day after a game because I was in so much pain. The doctor asked me if I’d ever broken any ribs before and I responded “no.” He proceeded to show me my X-ray and not only did I have three fractured ribs, I had another rib that had been fractured before but was healing. I’ve also had a few concussions, those are really scary!

What tips would you offer someone who is interested in taking up roller skating?

My advice to anyone who wants to roller-skate: first invest in some pads/ protective gear! Second, just have fun and don’t compare your progress to people around you or online. Everyone progresses differently, whether you want to play roller derby, jam skate, park skate or just roller-skate in general just remember to have fun! The skating community is full of awesome people who will help you along the way!

What is your favorite place to go roller-skating around Cincinnati?

If I go to a rink it’s always The Place in Colerain, where they have various open skate times and adult skate nights. My favorite outdoor trail in Cincinnati is the Smale Riverfront Park, it’s an easy trail with beautiful views and from there you can skate down to the outdoor rink located near Montgomery inn.

Also the Cincinnati Skate Collective is a good group to follow. They host weekly trail and park skate meetups. You can find them on Facebook and Instagram.

Smart “Moves” to Avoid Back Injury when Moving 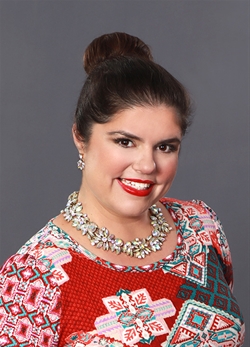 Before stepping into her current role as a Realtor® with Sibcy Cline, Lauren played many parts. The former child star has appeared in major motion pictures and Dolly Parton music videos, did touring shows in Japan, and was even the face on an Easy Bake Oven anniversary box. Lauren also worked in recruiting at the Cincinnati Museum Center prior to starting her real estate business.