With stunning sunset views over the Ohio River and a welcoming country charm, it’s no wonder that USA Today named Augusta, Ky., “The Most Picturesque Town in Kentucky.” Explore southern hospitality at venues that are rich with history while offering modern-day experiences.

The Baker-Bird Winery & Distillery (4465 Augusta/Chatham Road, Augusta, KY 41002; 859-620-4965), open on Saturday and Sunday, has a strong legacy in both bourbon (which is practically synonymous with “Kentucky”) as well as wine. The venue has the largest and oldest wine cellar in the country and earned TWO spots on the National Registry of Historic Places for architecture and historic vineyard land.

Did you know that at one point in history, half of the wine consumed in the United States was produced in Augusta? Learn more interesting facts like this on the free Historic Wine Tour, or for $10 take the Cellar Guided Visit. While you’re there try Lightning Strikes, a white wine aged in bourbon barrels; or one of the venue’s young bourbons like Kentucky Statehood or Whiskey Rebellion. (These bourbons are not aged as long as others as an homage to the distillers of the past who didn’t have the time to age their bourbon for many years.)

The tavern’s building – built shortly after the Revolutionary War – has served as a private residence, a general store, and a pharmacy. During renovations in the 1980s, the former owner discovered a beehive in the basement and thus, the name “The Beehive” was born. The Tavern is open Thursday through Sunday and was recently added as part of The B-Line, a collection of bourbon-centric bars, distilleries and restaurants that allow you to create your own personal bourbon experience.

A Weekend for Wine in California, KY

Say “I Do” to Rustic Charm: Northern Kentucky Wedding Venues 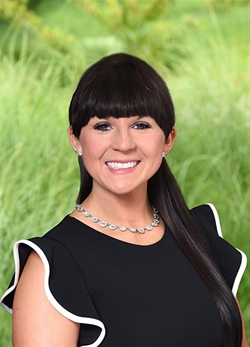 Madison Eisenman is a REALTOR® with Sibcy Cline who loves helping her clients find homes where they can make memories. Having grown up on a farm in Northern Kentucky, her deep roots in the community drive her to make it a great place to live, work, and grow. She enjoys time on her farm in her boots, as well as making real estate deals in heels! You can read more from Madison on her website blog, "Boots & Heels Life".