What is Juneteenth, and why is it important?

Short for “June Nineteenth,” Juneteenth is a holiday celebrating freedom! It is also referred to as Jubilee Day, Freedom Day, Emancipation Day and Liberation Day.

So how is Juneteenth different from Independence Day? Many Americans recognize July 4, 1776 as a day of freedom. Unfortunately, many Americans were still enslaved on that day, and many days after that. Their slavery continued until June 19, 1865. That’s when a Union Army General by the name of General Gordon Granger and his troops arrived in Galveston, Texas. Granger took control of the state and made sure that ALL enslaved people were freed. He did so more than two years after Abraham Lincoln issued the Emancipation Proclamation.

Lincoln had proclaimed the emancipation of enslaved people on January 1, 1863. But it was slave owners who were tasked with telling their slaves they had been freed. Many slave owners didn’t share the news. In fact, some intentionally waited until after the harvest season to inform their slaves that they were free. Granger’s arrival in Texas on June 18, 1865 changed all that. An estimated 250,000 slaves were freed! It was a great historic day when he read General Order No. 3: “The people of Texas are informed that, in accordance with a proclamation from the Executive of the United States, all slaves are free.”

How is Juneteenth celebrated?

On June 17th, 2021, President Joe Biden signed the Juneteenth National Independence Day Act into law establishing Juneteenth as a federal holiday. Juneteenth, the oldest known celebration of the end of slavery in the United States, is observed every year on June 19.

Now, more than ever Juneteenth is growing and being observed by organizations and communities around the country. Even institutions such as the Henry Ford Museum, the Smithsonian have begun to sponsor Juneteenth-centered events and activities.

Events celebrating Juneteenth include everything from prayer services to barbecues to playlists. Here are a few Juneteenth events happening around Cincinnati this year. And before you head to an event, learn about the meanings of the symbols on the Juneteenth flag here.

6546 Montgomery Rd, Cincinnati, OH 45213
A course teaching the historical importance of Juneteenth and how our voices continue to carry a message of hope and freedom to the next generation. Runs June 14-18 and costs $190. Note: while this course is currently full, you can join the waitlist.

Lift Every Voice and Sing

blkfreedom.org
In partnership with the National Underground Railroad Freedom Center and the Cincinnati Symphony Orchestra. Ten museums are partnering to celebrate the victory and liberty of African American people through a film documenting the national exploration of the deep-rooted anthem, “Lift Every Voice and Sing.”

Annual in the Street on Juneteenth Block Party

Genuine Work is proud to announce their Juneteenth Celebration to highlight the success of Dayton’s thriving Black and Brown community and entrepreneurs! Family-friendly festivities such as face painting, jumbo Jenga, and an array of games, a wide variety of black-owned food trucks offering a selection of bites and treats, local organizations and businesses coming together to showcase the best Dayton has to offer!

This event marks Kettering’s first community recognition of the new holiday, which became the 11th official national holiday last year. Mayor Peggy Lehner will kick off the celebration, and City Council members will be on hand to welcome guests and share in the festivities. The student winner of Kettering’s Martin Luther King, Jr. essay contest will read her essay.

Featured speaker Faheem Curtis-Khidr is an equity consultant and tenured faculty member in Sinclair Community College’s History and AFS programs. A past TEDTalk presenter, Curtis-Khidr co-leads the only study abroad program at the community college level focused on Sub-Saharan Africa.

Show Your Love with these Fun Valentine’s Date Ideas 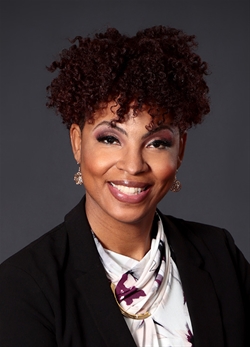 Sherry Powell is a REALTOR® with Sibcy Cline and a Cincinnati native who grew up in Northside. A graduate from Walden University College of Behavioral Science, Sherry earned her Bachelors of Science Degree in Psychology. Sherry is a playwright and loves all things theater. She has a passion for mentoring youth and serves as a Youth Director at Light of the World Church. She enjoys spending time with family and friends and being a resource to her clients in finding homes. Sherry resides in Springdale with her husband (and best friend!) of 21 years, Derrick Powell. They have two Children, Dylan and Synae.